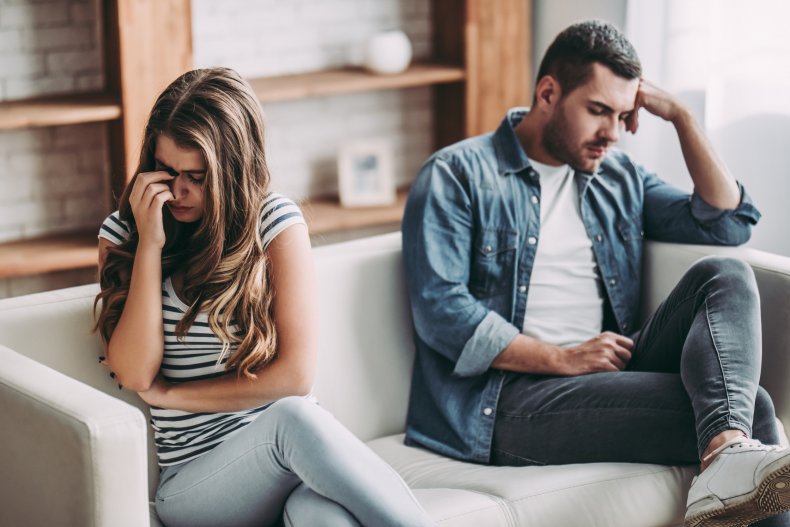 A woman who referred to her brother-in-law’s wheelchair-using son as “slow” and “retarded” has received a storm of backlash from users on Reddit.

Several said the woman was “out of line” for her “toxic” comments and sided with the child’s father who told her “it’s a good thing you can’t have children.”

According to a post by the 37-year-old father (under the username Kourambethie) shared on Reddit’s Am I The A**hole (AITA) forum, his 17-year-old son has cerebral palsy—a group of disorders that impacts a person’s ability to move and maintain balance and posture.

The father said: “He can dress himself, he talks (a bit hard to understand at first, but you can understand him fine if you put a little effort into it), he does great in school and is a great great kid.”

The user said his brother and his wife can’t have children and have been through several rounds of unsuccessful “IVF [in vitro fertilization] and other treatments,” and they’ve both been “devastated” about it, especially his sister-in-law.

One evening while they were at their mother’s house for dinner and his mom asked whether the 17-year-old has a girlfriend, the sister-in-law allegedly asked his father: “Can he even date?,” adding “well, he’ll be in your care forever, do you really want him to bring a woman into that.”

When the father “asked her to stop,” his brother said “she’s just asking a question.”

The sister-in-law then said: “I didn’t mean to offend you, it’s just that a slow child might be too much work on their own, without dating [and] stuff,” according to the original poster.

The user then told her: “Our son is not slow and you are WAY out of line here,” to which she allegedly replied: “Relax, please, jeez I thought you had more patience, since you are raising a retarded child.”

The original poster then “lost it,” and told her “it’s a good thing you can’t have children because you would have been a terrible mother,” before the sister-in-law “broke down crying.”

The user said: “I may be the AH [a**hole] because what I said was so very harsh and I feel awful about saying that.”

According to a 2021 survey, conducted by market research group OnePoll for the nonprofit Morgan’s Inclusion Initiative, more than half of Americans have encountered some form of discrimination against people with disabilities, with only 43 percent of the survey’s 2,000 respondents having never witnessed instances of such discrimination.

According to the research published in 2019 by the Americans with Disabilities Act (ADA) National Network, disability-based discrimination is often related to “both prejudices as well as broader social barriers” that deny those with disabilities equal opportunities.

Several users came to the defense of the father in the latest Reddit post, condemning the sister-in-law for her “cruel” and “gross” comments. Several said she and her husband would make “terrible” parents.

User haremgirl6 said the father is “NTA [not the a**hole],” adding “you clearly wasn’t in the wrong at all. Harsh? Absolutely. But wrong, nope,” in a comment that got 6,800 upvotes.

User inkandpaperbookworm commented: “They [the user’s brother and his wife] would be terrible parents, and her comments were waaay out of line,” in a comment that got 3,600 upvotes.

Status-Thing-118 chimed in: “Some people should not reproduce…” in a comment that received 5,300 upvotes.

GuiltEdge added: “Yeah, I was on the fence until she dropped the R-bomb [retarded],” in a comment that got 2,200 upvotes.

User stop_spam_calls said the user’s brother and his wife “are the type of people who see no problem with saying ignorant toxic shit but the second they are put in their place, the weaponized water works start…NTA,” in a comment that received 834 upvotes.

User pyramidheadismydaddy said: “it’s true, she would be an awful parent if she is that disgusting. i mean for f***’s sake she even called him the r word that’s gross.”

Some accused the sister-in-law of being “ableist,” or discriminatory against people with disabilities.

Mammoth-Neat-5930 wrote: “She hasn’t even done any real research into cerebral palsy and thinks it’s okay to just spout off things she doesn’t understand. Maybe what you [the father] said was harsh in the moment, but she was being cruel and ableist in front of your child…” in a comment that received 2,700 upvotes.

ElectricBlueFerret said the father’s comment was “Not harsh not in the least,” adding “Why do people think ableist people’s feelings should be spared?,” in a comment that got 133 upvotes.

InfiniteCalendar1 said: “IMO [in my opinion] it’s karma that she can’t conceive given that she’s ableist. I don’t believe ableist people should have kids as there’s always a chance your child would have special needs, and a parent who’s ableist would only traumatize their child,” in a comment that received 169 upvotes.

Newsweek has contacted the original poster, (username Kourambethie) for comment.

If you have a similar family dilemma, let us know via [email protected]. We can ask experts for advice, and your story could be featured on Newsweek.