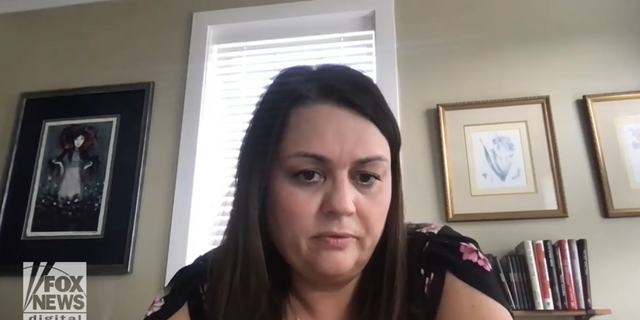 For years, as parents, we wrongfully assumed the public schools were on our side—that they were doing their best to teach our kids to read and write and leave personal politics out of it. But for many parents across the U.S., the pandemic exposed that public schools were teaching critical race theory, progressive sexual and gender agenda materials and other age-inappropriate concepts to our kids.

While some parents were struggling before the pandemic, virtual education enlightened many parents about where the public-school establishment’s loyalty really lies. What is most alarming for us is that as we tried to get involved and pushback against our districts in Wisconsin—Oconomowoc and Elmbrook—they attempted to silence us and went as far as having their attorneys send us cease-and-desist letters.

One of us, Alexandra, began pushing back against the Oconomowoc School District in July 2021 when the story broke about the sexually explicit books available to our students at school. I logged on to my son’s Chromebook and accessed a lot of age-inappropriate stuff, especially on the SORA app they use for reading.

It was very upsetting. Some other moms and I wanted to read these books to the school board, but they responded by asking us not to because they were aware, and assured us they were addressing the issue.

Throughout the school year, I heard from parents who were concerned about the materials used in the classroom. I testified in front of the state senate on this topic in support of legislation for parents’ rights.

I had been alerted to a book called “The 57 Bus,” which is about transgenderism, and was used as a teaching source and read aloud to an eighth-grade class. I also shared my conversation with the school board president via email, in which he made clear that he believes that these books should be in the school because he believes in the First Amendment.

Since I’m the state president of No Left Turn, my story was published in our e-newsletter where I wrote about these interactions with the school board and superintendent.

On May 13, I received a cease-and-desist letter from the district’s attorneys saying that if I did not immediately stop with the “inaccuracies” about the district and negative comments about the school board president, they were going to sue me.

Realizing this was an attempt to deny me the First Amendment right to free speech, I contacted the Wisconsin Institute for Law & Liberty—the public interest law firm that is now representing me. The Oconomowoc School District called the matter “closed” on June 28, meaning they will not sue me. However, this leaves me wondering if the cease-and-desist letter was simply a matter of intimidation. I will continue to be a parent advocate in my community.

My, Julia’s, family has been though the ringer with Elmbrook Schools since arriving in 2015. We’ve had numerous concerns with the district, such as not upholding our children’s personal privacy and security, correct grading, proper content being taught, appropriate and reasonable teaching methods, and more. Yet, when we brought this to the administration they feigned ignorance, claimed they know our kids better than we do, manipulated our words to diminish our concerns or made us feel like the problem.

We felt that we were alone in these concerns, so we “complied” and spent our time correcting at home what our children were being taught academically, psychologically and morally. But in 2017 we met others with similar stories and began to see that we were not alone.

When our oldest child’s sophomore year started, the district would not allow her to utilize available standard academic offerings including summer school, university classes, testing out—which made her school experience very traumatic for her. The school administration wouldn’t work with us to accommodate our daughter’s needs and indicated that they knew best for our daughter.

Then in March 2021 we began to get involved fighting against masks, CRT, social-emotional learning, and diversity, equity and inclusion agendas. We realized that this was the root of the problem the whole time.

I created a website in 2022 to be a resource for other families. I publicly shared available information and articles about the district, email exchanges between myself and the district as well as my youngest daughter’s history curriculum.

On April 29, 2022, with no prior attempt to contact me, I received a cease-and-desist letter from Elmbrook’s law firm, demanding that I take the site down because it was in violation of the district’s “intellectual property.”

While I did take it down, I do intend to address the district and restore my website in the future. I accessed these materials via public records requests to the Elmbrook School District and at no point, did they communicate the materials were their “intellectual property.” It is unclear whether this is just another barrier to prevent transparency in the district.

Parents and taxpayers across the country deserve to know what is happening in their local schools. Our districts should publish complete lists of library books and curriculum on their websites and districts should work with parents to find what is best for the students.

Public schools are no longer spaces where we can passively rely on the districts’ judgement. We need to be involved, and we need to speak up because, as parents, we are the ones who know what’s best for our children.

Julia Crile Zaccaria is a mother who resides in the Elmbrook School District in Wisconsin.

Alexandra Schweitzer is a mother and the president of the Wisconsin chapter of the parents group No Left Turn in Education.