The Grim Wreather uses crafts to connect with kids in hardship 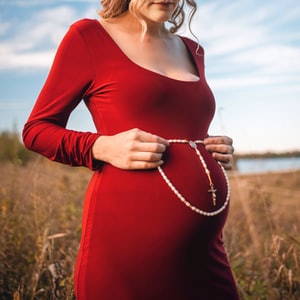 Sarah Claxton, also known as the Grim Wreather, started a “Grim Wreath Ghoulies” program to expose more kids to the power of community and crafting.

KNOXVILLE, Tenn. — A local creepy crafter is giving back to bullied kids. The Grim Wreather launched a program in her studio to create a safe space.

Inside the Grim Wreather’s art studio, the walls are lined in horror movie posters, spooky decorations and plenty of paint. One step through the door, and it’s easy to tell: creepy is king.

“It is decorated to my heart’s desire,”  said Sarah Claxton, who is also known as the Grim Wreather.

It’s her personal art studio and Grim Wreath headquarters. Just a couple of months ago, the business bloomed from her dining room table at home.

In that time, she also launched a program called “Grim Wreath Ghoulies.” They are art classes aimed at kids that are anything but average.

It all started with a young boy who was bullied. Claxton let him come to the studio, paint a custom picture and create a craft using a skull. That became the blueprint for future classes.

“Basically, kids will come in here, kids that are going through hardships, whether it be bullying or loss in the family, or really just anything that is considered a hardship, and I do allow them to come into my studio space and create for free,” Claxton said.

She helps them embrace individuality while encouraging creativity.

“I really think it’s important to instill expressing yourself and art into our youth, so that’s why I do this, because I think that kids need a safe place to come and really express themselves without judgment,” Claxton said.

She may be confident in her craft now, but growing up, she said she stood in these kids’ shoes.

“I kind of felt isolated and alone in the fact that, yes, I liked this stuff. But nobody else did,” Claxton said. “I think if I would have had this space that I think things would have been a lot better for me, and that’s why I created it.”

In the short time since opening her door, she’s put a lot of effort into creating a safe and spooky place.

“I just want it to make kids happy, and that’s all I’ve ever wanted for this program,” Claxton said.

The community is backing the program too.

“I actually ended up running a print sale on my website this past weekend, and we raised nearly $2,000 for this program,” Claxton said.

She watches as shy kids enter and smiles grow behind the brush strokes. Overall, she wants to be a mentor and friend.

“There are people out there that will accept you, that want you to be your true authentic self, and that person is me,” Claxton said.

By the end of the session, the kids leave with their creepy creations with a spark of spooky inspiration.

If you would like to apply for a free spooky art session for your child, you can visit the Grim Wreath Facebook page or email [email protected]